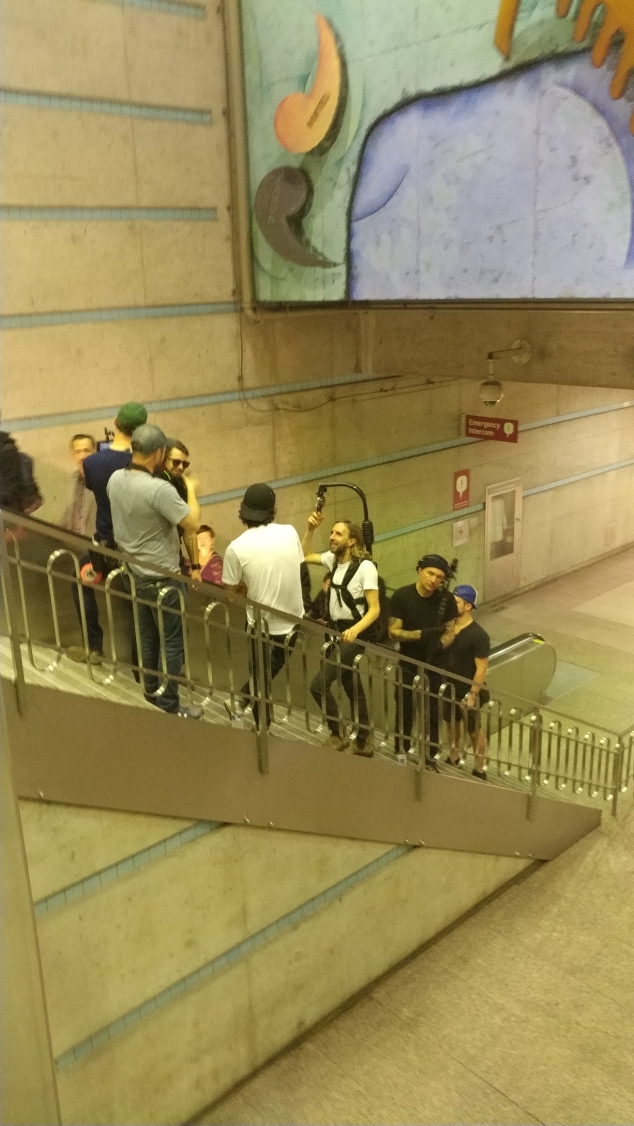 The number of hours it took from Las Vegas to Azusa Calif. I’m not complaining in fact from time to time I take the Supertramp way. Flight delayed a little. Guy wth yarmulke max bet 1.oo x 5 wheel of fortune x 2 machines at McCarran, no spins or wins. Jet blue is the best, 34.00 one way and in 45 minute we hit tarmac in Long Beach. Flight attendant reminds me of Bridgette Bardot, she is both pretty and sexy. Weather is fantastic for walking to bus stop. Listening to Burt Bacharach I do leg lifts and stretching while waiting. 1.25 gets to blue line. I hop on and homeless veteran wants to talk and I get it. Turn off music and he and I engage. He says “Ya got caught in the Peruvian blizzard in the 1970’s”. I say ” Dig that movie ‘Blow’ with Johhny Depp. I ask him if VA hospital stuff gotten better “ya it has”. Amen. Here’s his stop. Two sheriffs hop on and I feel tax dollars at work. Guy gets on and its likely he is on drugs but coming down so sheriff #1 gives him fist pump and I think of Erik Estrada. Passenger entrepreneurship living large. One selling chips, chargers and CD’s while walking aisle. I pass thru several cities and note the following: I’m No longer bothered by graffiti, one mattress so far and new housing in Compton. Subtle art work everywhere. Hills green with solar making a comeback. Warmth of sun thru glass feels especially nice because it a hug from God. Filming in LA I look quickly for movie star but no luck. Hop on Gold line and admire two pretty face asian girls wearing lanyard “class of 2020” but they look so much younger. I think of those twins from Godzuki and Godzilla movies. They are darling as they giggle and cover their mouth with their hands only to hide perfect smiles. Tats and piercings on rugged men ending their shift. I stare and trace with my eyes the lines leading to the biceps….Nice. Farmer’s market in south Pasadena on Thurs. Afternoon. Door opens at stop and wafting garlic aromas wander in. Tiny houses and trifecta Virgin Mary postcards tape to windows as if to say “Bless this Mess”. Everyone on the phone in low head position, guilty as charged. Frequent eye contact and smiles are effective in lifting my spirits from recent news of Jay poker old man at Orleans who went to the big table in the sky. My stop and brief walk I notice confetti of pedals from white rose bush is simply beautiful. Pass a bar “Nah I dont really drink” and see my reflection in large pane glass. I say shoulders back and stomach in. Greeted by four legged family member and I’m done 420 minutes. Ziajian. 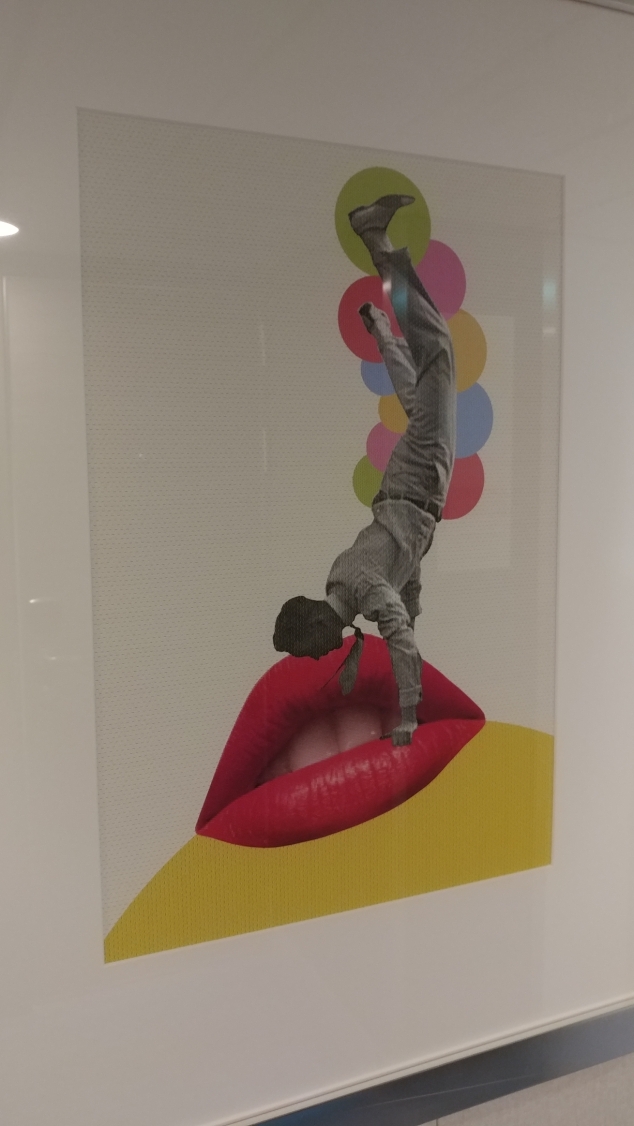 Aside from its massiveness there are interesting and evocative works of art to admire on this vessel.  Some of the interior cabins have a virtual window which is nearly flawless in providing a mental nudge for those who rely on their circadian clock.  I heard at least nine languages spoken,  Deutsche, Spanish Portuguese and French to name a few.  An ice skating rink. And giant slides which were  both wet and dry.  The mid section of the ship is a  large open space and I felt like I was at a mall.  My first cruise I had a tiny porthole and had to un-latch my sleeping cot in a 4 cot cabin  but the feeling of bliss and peace  is still the same.  Balmy quiet nights and endless ocean  makes me feel humble and small. Ziajian.