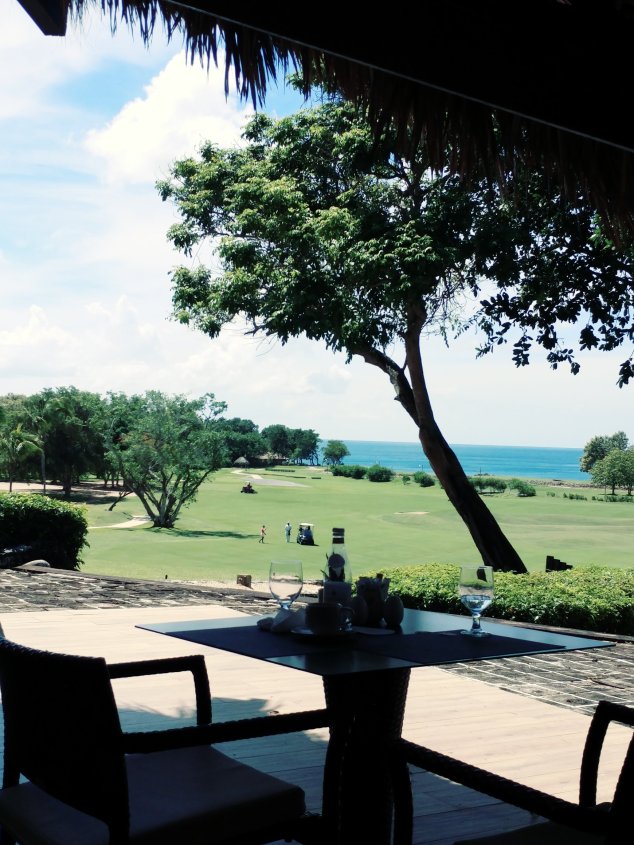 Not long ago I peered into a beautiful compound on an  island while traveling on a chicken bus. I thought some people fly into country go straight to the resort and stay put.  I gawked to see more of the lusciousness inside. I realized as long as I greet and meet the good people of the Republica Dominica it doesnt matter where one stays.  Observation: Most of the men I saw are sinewy, lithe and  handsome.  The women just as well. Beautiful complexions and low timbre voices. Landscape reveals major crop is  sugar cane and I tend to judge the economy based on way livestock looks…skinny and bony.  Abraham says the get their gas from Venezuela “muy carro” . and I asked him  “…and religions?” .  “oh catholico, Pentecostal Siete dias. Adventists. Jehovah’s witness”.  Then the hurricane arrived and  like a well-oiled machine, the boards went up notifications went out and the tourists hunkered down.  Shakespeare’s play “much ado about nothing” is what I thought.  Stranded x 2 days and prayers answered. Stand-by flights and 48 hours later  back on familiar soil.

3 thoughts on “Maria and Jose”