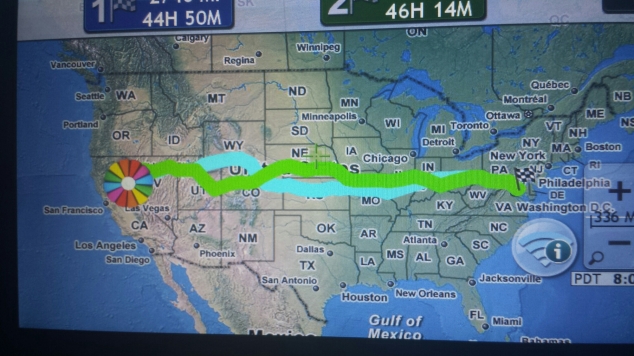 This picture was taken over a couple years ago. Brian, the driver and I along with two local helpers on my first move in Flagstaff AZ. I was excited to begin a new adventure and has been just that.  I’ve transported a Rembrandt and I’ve transported used kitty litter. I’ve met people who wouldn’t acknowledge my presence and others who became friends.  “We are movers and there happens to be a truck involved” I get that now. The truck has been my primary home. I’ve gone from getting up during the night putting on clothes and walking across a large lot to use the bathroom to peeing in a cup. I used to place the blackout curtains up to block both light and noise now I just turn and face the back wall. I say the “F” word more as part of the vernacular than out of anger or expression of road rage. I mustered up the courage to tell the driver that I’ve had my fill and I want out of the truck. Of course I’ll finish up the season  He’ll ask what are you going to do?  Wo bu zhi dao. ” I don’t know”.

writes one short story every week