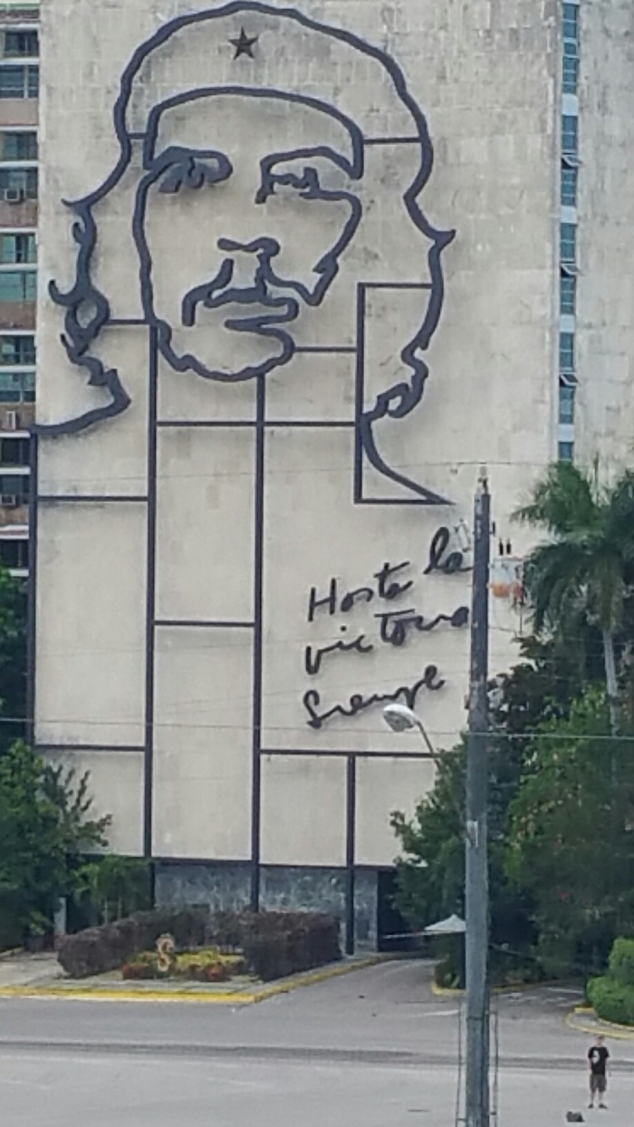 While enjoying refreshments at Hotel National a serendipitous encounter took place. I met the daughter of Sal Landau. Apparently  he was the producer of the  documentary “Will the Real Terrorist Stand Up” . She has been coming to Cuba since 1960.  She was attractive and a Irish Lad  named “Shane” was in her company. In a nutshell she said. “Cubans’ have minimum of 12 grade education. Health care is such that a clinic for approx. 100 people is an Md., nurse and social worker. 4% infant mortality rate for total population of Cuba .  Cubans live longer than Americans. No one is homeless”   I listened intently as to compare what I’ve observed so far.  I also found interesting that she said most prostitutes here  hold Masters degrees in neuroscience, economics etcetera  and can outsmart the most intelligent person. “They have a 5 year plan so don’t even think you can get one over them”  I wasn’t planning to.  I asked why so preoccupied with Che “because he’s dead ” Her bent was obvious. And she was leaving Monday to go home to America. Ziajian

the crafty lady in combat boots

"The only true wisdom is in knowing you know nothing" Socrates